In a recent regulatory filing this past monday, his firm Scion Asset management disclosed their put options on Tesla, on over 800,000 shares. Worth about $354 million, these option puts expire next March. This isn't the first time we’ve known about Burrys’ bearish stance on Tesla. In January of 2021, Burry tweeted out a series of statements indicating that Tesla was massively overvalued, and for Shareholders to enjoy it while it lasts. Even tagging Tesla CEO, Elon musk. After visits from the SEC, he took down the tweets along with his Twitter account. 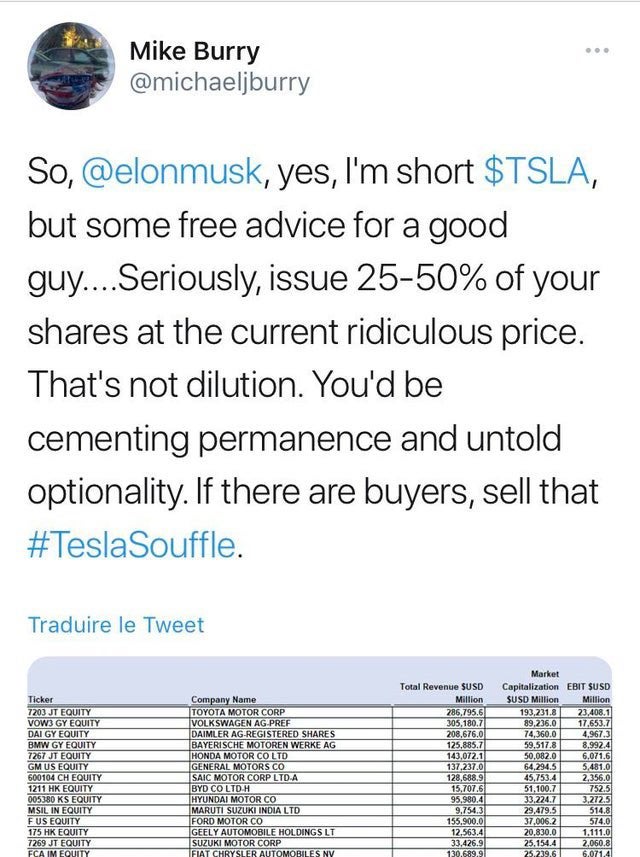